Are exams fit for purpose?

Covid-19 has had a huge impact on all aspects of education and exams have borne the brunt. Uncertainty around assessment has meant that some education providers have started to give serious consideration to whether testing in the form we know it is fit for purpose at all.

It’s not the first time there’s been uncertainty around the point of exams. When GCSEs were first introduced back in 1988, students had the choice to stay at school until they were 16 or stay on for A-levels. Now they stay until they’re 18 anyway, many argue that GCSEs have needed a rethink for some time. The country’s skills crisis has further highlighted a need for something different.

A report called The Future of Education, co-authored by Tory MPs Flick Drummond and Cherilyn Mackrory, advocates replacing GCSEs with academic, technical exams and apprenticeships at 18 and suggests the adoption of a similar system to the Baccalaureate at 18 “but our own British version”.

Others agree that Covid-19 has provided just the opportunity we’ve been waiting for for a complete reform. The TES reported that England’s major exam boards were asked if they could move GCSE and A-level exams online this summer, with sources suggesting that the Department for Education was more receptive to overhauling the idea of pen-and-paper GCSEs and A-levels.

Greg Brooks, emeritus professor of education at the University of Sheffield, told the Guardian last year he was in favour of no centralised assessment until the age of 18 and “a common curriculum for all children until they begin to know what sort of educational and work career would suit them”.

“I have been in favour of GCSE reform for a long time,” says David Ashton, deputy head, academic, at Framlingham College, a boarding and day school for boys and girls aged three to 18 in Sussex.

“Remote learning at GCSE has been a powerful reminder that pupils can be autonomous learners and less reliant on teachers than involved by traditional approaches to learning.”

Ashton also believes that remote learning has also shown us the advantages of continuous assessment, which is meaningfully embedded in day-to-day learning. This, he says, “is a more accurate assessment of a pupil’s learning as opposed to a series of terminal examinations which test stamina and memory, as much as anything.”

One report advocates replacing GCSEs with academic, technical exams and apprenticeships at 18

Guide Education founder Leon Hady is resolute: “Exams are no longer fit for purpose,” he says, adamantly, “They were always about short-term retrieval rather than skills.”

Hady believes skills have changed and exams no longer reflect this. “They were a system which did for many years work for colleges or universities. Asking for answers on a piece of paper allowed them to scale. However, now with technology applicability, teamwork and communal skills are far better than being able to remember something short term.”

Another clear problem with exams is that teaching can inevitably become too exam-focused, says Carl Morris, principal of Oxford independent school Carfax College. “There are plenty of arguments both for and against exams, but what’s clear is that they’re not the only metric by which to measure academic ability.”

Morris believes the prescriptive nature of exams lends itself to reciting and regurgitating learned information rather than developing other key skills such as curiosity and independent learning and research.

“However,” he says, “what the introduction of a teacher-assessed grading system has shown us is that we are not yet ready for the alternative.

“Many schools put together robust systems in order to compile portfolios of evidence for their students and yet many students still suffered. Exam boards tried to resolve the issues of inflating grades and teacher bias by implementing an algorithm but that didn’t work either, and ultimately had to be dropped.”

However, until there’s an alternative, says Morris, “I believe that exams are currently the best assessment tool we currently have and do work for the majority of students. While there will never be a one-size-fits-all solution that will benefit every student, perhaps teacher-assessed grades could be integrated as an alternative for students who struggle with exams, to replace access arrangements such as extra time or using a laptop.”

So, what is the alternative?

“Paper-based, syllabus-driven exams stand out as impractical and increasingly irrelevant. The stress they add for students and teachers when they’re given – not to mention when they’re not – compromises confidence in the system and creates unhealthy pressures on wellbeing.”

Paper-based, syllabus-driven exams stand out as impractical and increasingly irrelevant

In the MYP, courses that are less amenable to assessment by examination use externally moderated or examined coursework. On-screen examinations offer multiple ways for students to show what they’ve learned across a range of assessment formats.

MYP eAssessment focuses on the application and transfer of conceptual understanding across unfamiliar contexts, “the gold standard of education”.

Harrison adds: “Web-based examinations make secure, non-school-based administration possible and the digital literacies that teachers develop as they prepare their students for assessment are a key washback effect.

“There are still good arguments for rigorous assessment before students leave school. There’s nothing wrong with ‘teaching to the test,’ so long as it’s the right test.”

Could online exams be commonplace in the future?

“Our world is in crisis and it needs the problem solvers, creative thinkers, innovators, collaborators and those with the courage to think outside of the box,” says Johanna Urquhart, principal at Lomond School in Scotland.

“Within examination models that are based on learning key words, memorising passages and following an exam ‘formula’, pupils are not rewarded for creative, critical or original thinking.”

Pupils in England choose which areas to specialise in from a young age and typically only study three A-levels in the last two years of school.

Although the curriculum stays broader for longer in Scotland, pupils sit external exams every year for the last three years of their school career, so the focus becomes more on the assessment rather than the learning. Urquhart believes this means “less focus on some of the valuable skills that are so important”.

Any teacher knows that no two pupils are the same, “therefore a combination of different curriculum models is what is required to ensure that the skills and strengths of each young person are supported rather than undermined – whether traditionally academic or not”, says Urquhart.

Lomond School have recently been given authorisation to deliver two IB programmes in addition to an HNC in Business, alongside its existing SQA provision. This makes it the first school in the world to offer this combination of curriculum choice, offering the flexibility and choice Urquhart, and many of her peers, believe is essential.

The IB career-related programme with an HNC in Business will be unique to Scotland and comprises a mix of academic courses from the IB Diploma Programme alongside a career-related study and work placements.

“We now feel that we have a curriculum for everyone,” says Urquhart, “that will prepare our pupils with the skills, qualities and world-renowned qualifications needed for the future.”

However they are (or aren’t) restructured, ultimately, what’s most important, says Morris, “is that we do not hold exams up as the ultimate purpose of education, and the only framework from which to teach, but rather a tool to measure progress. 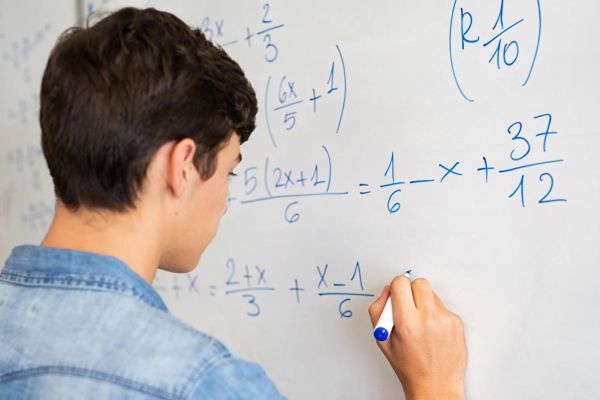 What is the Value of Maths? 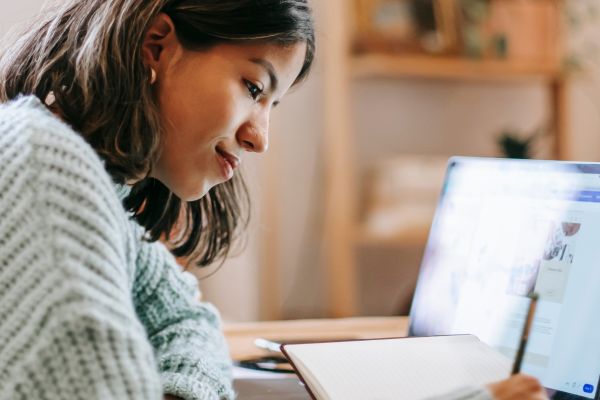 The Value of Independent Learning for Academic Development